Share a memory
Obituary & Services
Tribute Wall
Read more about the life story of Mr. Winston and share your memory.

He was christened Winston Gilbert Gillett and no one could imagine he would become a household name in Belize. "Cigarettes and razor blades," was his regular hook to refresh every weak memory to remember his name. In real life though, he smoked neither cigarette nor grew enough facial hair for a slick shave.

Winston was born on February 11, 1946 in Belize City to John and Caroline Gabriel Gillett. His mother died when Winston was very young. He moved to La Ceiba, Honduras where he attended school and became fluent in the Spanish language. Returning to Belize as an aspiring entrepreneur,  it wasn't long before Winston soon hit the road again for the United States and began trading luxury cars. His clients were prominent merchants who could not resist his flashy products. Establishing himself in the business community, he soon opened Broadway Inn, a bar, restaurant and lounge located on downtown Albert  St. and a gateway to Bird's Isle. The rising star soon caught the eyes of a beautiful pageant contestant Alyson Westby.  Approaching their twenties, the young couple got married and started a family.

As a businessman, Winston made his mark in Belize in the 70's 'When he and older brother Roy .elevated Teen's Record Store to the top record store outlet in Belize. US sales representatives flew into Belize City to meet with the heavyweights who sold 70,000 Jim Reeves albums in a tiny country. Teen's Record was sponsoring he weekly radio broadcast  'Teen's Top Ten' on Radio Belize and assigning record salesmen to neighboring Roatan, Honduras.

In the mid 70's Winston migrated to Chicago. He opened another on Teen's Record on Northside Howard Street. And then he got a big break. The keys to Hummingbird Supper Club, a cozy split-level luxury lounge catapulted him with connections to powerful politicians and community leaders both local and international. Now, instead of just selling vinyl records for recording greats, he was meeting them in person in their mansions and signing contracts for live concerts in their kitchen. Country legend Marty Robbins died days before he could fulfill his contract with Winston to perform in Belize City Center in place of Marty. Winston acquired Foremost Liquors on 82nd Street in 1990.

But he still has the entainment bug. He attended major boxing events in Atlantic City and Las vegas, befriended Ernie Terrell and met his favorite pugilist Mike Tyson.  He became a venture capitalist with Country & Western promoter/ friend Calstar backing a live concert in 1990 with Loretta Lynn at the Gen­esee Theater in Waukegan. Not long after, Teenstar Produc­tions was created. Teaming up with former Executive Director of the Belize Chamber of Commerce and Indus­try, Karl Villanueva, as.managing partner he launched his new company. They operated in the Belizean and Caribbean community with their first concert featuring the Calypso King of the World the Mighty Sparrow.

A Grand Dance with Lord Rhaburn and his Combo followed at McCormick Place. And then his dream to hire Byron Lee and the Drag­onaires fell into place. The foremost Belizean promoter and the Dragon began a relationship that spawned three successful engagements. ­Local bands like Karl Watson and the New Dynamics and Belize Vibes, numerous DJs like Roberto,  International Bad Boys of Panama and Bombastic were showcased often.

Winston used his platform to bring Caribbean fans together. They showed up in numbers to vibrate to his 100,000 watts of power, colorful concert lighting, and multiple bars. Along the way, Winston pro­duced some Soul, R&B and Soca and Calypso compilations. He never lost the urge to provide his customers with the favorite hits that were the soundtrack of his career. He even dis­tributed his compilations door to door.

Winston retired a few years ago after setting sales records at a success­ful liquor chain in Naperville. His charm, intellect, and personal drive blessed him with good fortune in sales. Throughout his entire life, Winston's driving force was excellence in sales­manship.

At his retirement party at East of the Ryan Banquet Hall a few years ago, he awarded 22 gold-plated trophies to his peers in the Chicago music in­dustry who graced his stage. His genius in the entertainment in­dustry inspired many who today con­tinue to make their mark in the indus­try.

To send flowers to the family or plant a tree in memory of Mr. Winston Gilbert Gillett, please visit our floral store. 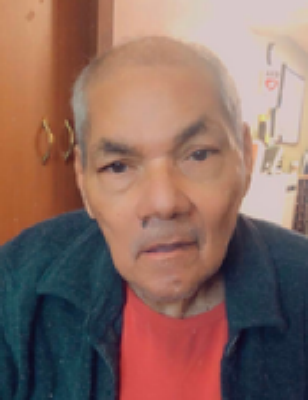