Share a memory
Obituary & Services
Tribute Wall
Read more about the life story of Mrs. Gussie and share your memory.

Gussie or 'Sister' as everyone in her family called her, was educated in the Muscogee County School District, graduating from Spencer High School in 1957. Shortly after completing high school, Gussie met and married Andrew Gardner. In 1958, Andrew and Gussie relocated to Chicago, IL. to begin their new journey and eventually purchased a home in Evanston, IL. To their union three children were born; Sheila, Gail, and Andrew II. While living in Evanston, Gussie, or 'Louise' as she preferred to be called, obtained her cosmetology license and worked as a hairstylist in Winnetka, IL.     Louise, alongside her husband, worked extremely hard to create a better life for their family. She wore many hats; cosmetologist, catered parties, cleaned homes and ran the family laundromat. She worked as a Nutrition Assistant at Evanston Hospital and retired after 25 years of service.

Even after her retirement, Louise's mission was to remain active. She was a member of the Foster Senior Citizen Club of Evanston where she enjoyed spending time with her club members. She was a consistent supporter of many of the events the club planned. From trips to Wisconsin to plays and the annual senior fashion show - she loved it all. She would often buy a block of tickets for events and randomly give them away to tenants in her apartment building.

Participation in the senior events birthed a love for playing games, especially bingo and checkers! She was convinced that she was a pro at both and was extremely confident that she was going to win every time she played with someone! She and the residents in her building would have monthly Bingo nights. Whoever won a game could pick out prizes. Many times, Louise would have an arm full of prizes to showcase her victories.

A fond memory of her family was from Thanksgiving 2021. Louise insisted they play Bingo after dinner. Once the game was set up, she grabbed her purse and pulled out individual rolls of money. She said, " whoever wins a game, I got something for you... and if you win the coverall, I have something very special!" Every time someone called the numbers and it was in her favor, she was fine. But if a number was called and she didn't have it on her card, she would yell, "Hey, you're not calling the right numbers!" The highlight of playing with her was witnessing her heart's desire to be a blessing to others.

Whoever won a game received a small roll of money that had a rubber band around it. It looked like it was just a few $1.00 bills but when you opened them, there would be five and ten­ dollar bills intertwined. This was who she was someone who even in the midst of fun, wanted to bless someone in a small way. She will be remembered for her kind, warm spirit, and generous heart. She was selfless in nature, always putting others before herself. She will be greatly missed and always cherished.

To send flowers to the family or plant a tree in memory of Mrs. Gussie Louise Gardner, please visit our floral store. 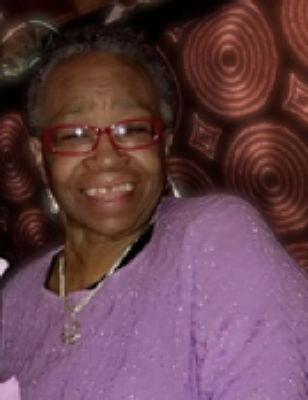