Share a memory
Obituary & Services
Tribute Wall
Read more about the life story of Ms. Elender and share your memory.

She graduated from Evanston High School in 1955. She became the first Black manager at Burger King in downtown Evanston. After completion of Signature Secretarial School, she worked for Washington National for several years until they closed. She went on to work for Walgreens until she retired.

Elender was one of the original founding members of Bethel AME

Church and was a faithful member from her childhood until her death.

As a Bethel member she sang in multiple choirs, served as a member of the Mary I. Wright Lay Organization, the Visitation and Concern Committee (VCM), the Fannie Ellison Missionary Society and as President of the Class Leaders.

Bailey and her best friend and sister Frances Henderson who preceded her in death. Prior to falling ill, she and her brother Harold Bailey of Georgia spent time in prayer multiple times a week on the prayer lines from their respective churches.

She enhanced the lives of her family and friends with her uncanny sense of humor and storytelling. She was the beloved aunt of countless nieces and nephews who fondly remember her "Grandma Goochy" character she would become at family holiday parties. She was responsible for teaching many of her nieces, nephews, and other Bethel youth how to drive and took them to their license. In her spare fime Elender was an avid bowler and enjoyed many years bowling in a league.

Please keep the family in your prayers.

To send flowers to the family or plant a tree in memory of Ms. Elender G. Bailey, please visit our floral store. 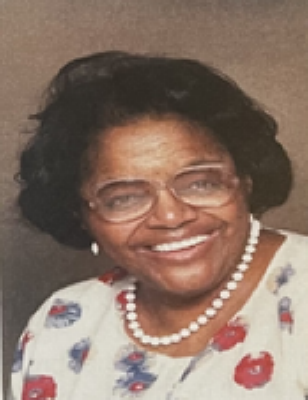